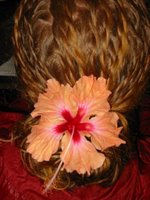 I hope everyone is enjoying their lives in the various wonderful places where my friends will be reading this. I’ll be writing like a frantic lady because I’m interrupting the very important mission I was sent on–to find nori for the sushi we’re making–in order to write. I’ll probably get into big trouble from my hungry amigos for keeping their tummies waiting.

I’m constantly reminded how much I love the pace of life in warm climates. While the weather isn’t chill, the attitude is. Where else is it perfectly acceptable to sit around while on-the-job and look at pretty ladies? Or even better, to get wasted on local sugar cane rum before work in the morning and allow a young Oregonian named Jesse (who’s pedaling by) to operate some heavy government machinery to move boulders while you watch and cheer in a drunken stupor? Costa Rica, yo. Pura Vida.

My crew of fellow adventurers and I have been spending some time in touristy spots as we make our way down the beaches. The upside of this is that we’re quickly learning how to take advantage of exclusive, very expensive resorts and appreciate their pools, bars, and cabana boys until someone looks a little too closely at the state of our clothing and kicks us out. It’s OK. We camp for a few days and relish the local life before trying our hands at exclusive resorts while posing as millionaires again. Quite fun. We use language like, “Ready for another morning cap, Darling?” and “Maybe after our massage we can hop into the Hummer and take a drive–check out the natives and things.”

This naughty behavior has actually paid off quite well. We’ve soaked in torch-lit hot springs with beautiful, naked people under enormous palm fronds and starry skies, giggled over strawberry daiquiris, and quietly swam with wealthy Italians and Spaniards in “adult relaxation pools.”

Some readers may disapprove of this behavior, so let me tell about another, more modest–and far more rewarding–experience. We pedaled along a dark dirt road one night after a grueling day of mountainous roads. We were tired, it happened to be pouring, and our senses of humors were far behind us on the side of the road. Three out of the four of us had eaten some serious shit during the day and had bleeding wounds to show for it. It was a grumpy night. In the rain and with mosquitoes everywhere, we set up camp at the first flat open space we found. We did this silently, with the only interruption an occasional (and ridiculous) whooping noise I made up as a joke one day to ward off snakes and crocodiles, and that has been adopted by everyone with an odd seriousness. All four of us fell into our tents with relief and looked forward to sleeping like babies.

Soon after settling in, all of us began hearing strange, unidentifiable sounds. The eerie quality of them quickly became terrifying as each of us imagined what could possibly be creating them (we would compare our far-fetched conclusions in the morning.) It resembled a distant thumping or stampeding sound, with an occasional gurgling roar. We were in the rainforest. You can only imagine the explanations we conjured in our heads, alone in our tents. I was certain it was a group of angry, howling, territorial male monkeys competing for females to mate with. Kate thought it was a herd of very excited bulls with big horns charging toward our camp. Jesse was convinced he heard a baby crying and thought it was a family of ghosts angry at us for camping on their land. Scotty just appeared quiet, pale, and unrested when we eventually emerged from our tents the next morning. We were in a misty, lovely cloud forest, and realized with astonishment that we had set up camp across the road from the base of the third most active volcano in the world: Arenal. It had been spitting steam and lava all night right above our heads. There is little one can say about the magical awe you feel when waking up in camp after a late-night arrival to some of the most gorgeous land and forests in the world.