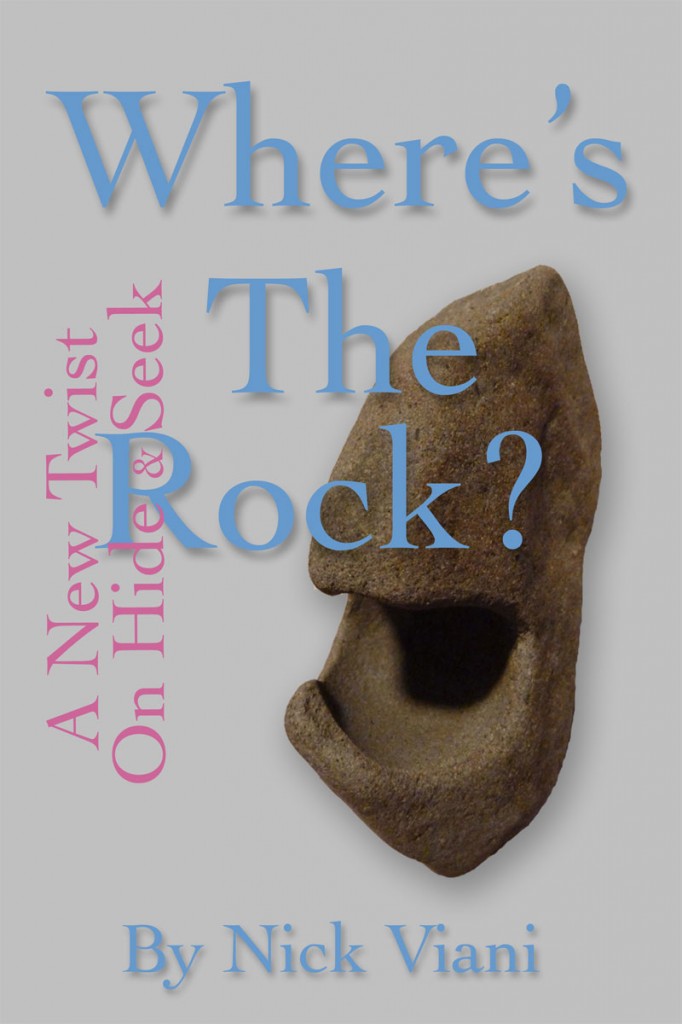 Think back to a time when two young siblings were introduced to a new toy.

“Can I have it,” was the immediate plea, a screaming duet.

This book is about such a toy—well, not really a toy but a new fun diversion in their lives. Grandma, always on the lookout for unusual birds in her yard, rediscovered a rock she’d snagged years earlier on the Oregon coast. Much to the dismay of the children, the rock was prominently displayed in the family room. After a while, and several dustings, Grandpa suggested the rock be returned to a more natural setting somewhere in the yard. But he needed help, and solicited the help of their grandchildren.

The children used rock, scissors, paper to determine who would be the first one to place the rock in an interesting location. After a couple days, they would take turns secretly hiding the rock in a place s/he thought fitting. The grandparents helped the children appreciate that what’s interesting or appropriate to one person is not necessarily how another person perceives it. This went on for several weeks, and sometimes if was difficult to find the rock in its new installation (during one zany week in March, snow took care of that).

One day, both children agreed that the rock had found a suitable location and agreed the setting was just right. It’s been there for a couple years, now, and weather, birds, autumn leaves, and other visitors have partnered with the rock in its new permutation. The beach it isn’t, but the rock had found a permanent home.