I was introduced to the art of Sister Mary Corita by my sister, Julianne Viani Amundson. My sister attended both Immaculate Heart High School and Immaculate Heart College where she served as Student Body President. Although not an art major, she and most students enrolled in an intro-level course most likely influenced by Corita and taught by one of her staff since she was very busy holding down the role of Dept. Chair as well as producing volumes of her own art. Julianne owned a number of Corita’s earlier prints and inspired me to purchase some of my own in the early 70’s. Below are the original Corita prints in our collection. 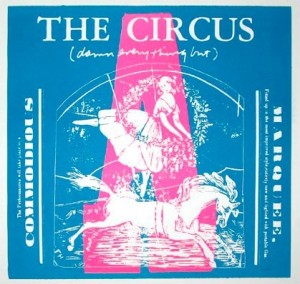 THE CIRCUS (damn everything but)

The performances will take place in a commodious marquee, fitted up in the most improved style entirely new and lighted with portable gas.

Z – Do Your Thing (1968 – 23″ x 23″) But Do Your Think and I Shall Know You (Ralph Waldo) Emerson Emerson Barnum’s Gallery of Wonders No.14 The wonderful albino family from Madagascar. Rudolph Lucasie, wife and child: who have recently arrived from hamburg in the steamer Hammonica. They have pure white skin, silken white hair and pink eyes, though born of perfectly black parents. The greatest wonders of the world. Lithog. by Currier & Ives. Barnum’s museum, 152 Nassau St. New York. 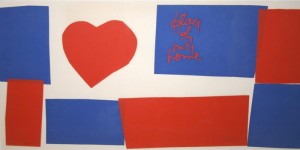 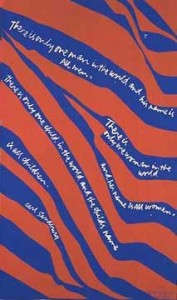 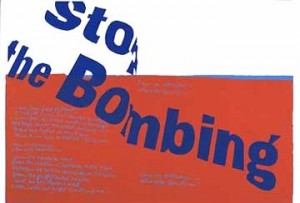 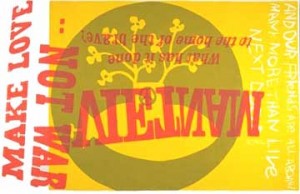 Yellow Submarine (1967 – 23″ x 35″) Make love not war Vietnam What has it done to the home of the brave? VIETNAM and our friends are all aboard many more than live next door – Lennon and McCartney 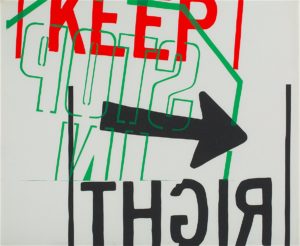 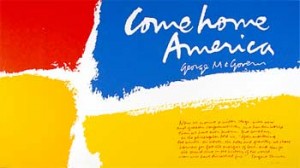 Now we mount a wider stage, with new and greater responsibility, in a harder world that we have ever known. But someday, as the philosopher told us, “After mastering the winds, the waves, the tides and gravity, we shall harness for God the energies of love, and then for the second time in the history of the world, man will have discovered fire.” – Sargent Shriver

Enjoy 20/20 foresight The Sea Queen Comes to me, her mist—borne salt breeze in early morning hours—she speaks greeting to the stillness life-bearing waters flood her gaze long and deep and trip in a glance the lever of my spirit—she waits in the expectant wash of dawn—then leaps up as a sun—flown shaft of brilliance, or laughter—giving but a glimpse of her treasure to the world, and disappearing into her own waters. Unspeakably deep is her heart—music—singing inviting sea-thoughts to the diety. Wide and unsearchable her waters—beating unknown rhythms in their depths—

I hear the seabirds cry—no sooner piped, then mysteriously hidden and unclaimed. I stand thought-locked in the long pre-dawn hours, watching the light play on her surface—I contemplate her brave communion with the sky. There I the sky bends low and hovers over her—she is covered with its fine mist…  – Sister Claude

in 1985, the U.S. Postal Service commissioned her to design the Love Stamp, which sold more than 700 million copies, perhaps the most popular postage stamp ever issued. 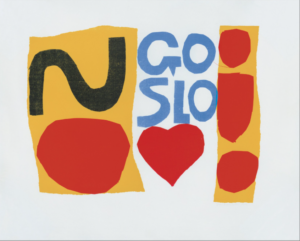 GO SLO – Corita sent this print to Lyndon Johnson in 1964 for his birthday after she read a newspaper account of Mrs. Johnson’s note to the President telling him to slow down. The inspiration for the design came from Corita’s belief there ought to be a more elegant way of telling him to “go slo.” 30″ x 24″