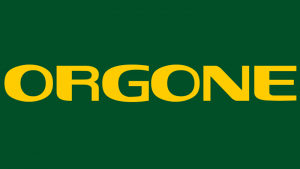 Wilhelm Reich (March 24, 1897 – November 3, 1957) was an Austrian-American psychiatrist and psychoanalyst and was respected for much of his life.

Later in his career, he began to violate some of the key taboos of psychoanalysis by developing and practicing body psychotherapy that involved using touch during sessions.

He did extensive microbiological research and said he had discovered Primordial Cosmic Energy that he called orgone.

He built Orgone Energy Accumulators that his patients sat inside to harness the reputed health benefits, leading to newspaper stories about sex boxes that cured cancer.

Preparing for his uphill battle with the media, I designed his rally towel.