There’s a first time for everything, and not far from our campground at Lemolo Lake we hit paydirt. Alicia had just arrived from Bend and, with both her and Leo needing a stretch we chose a section of the nearby North Umpqua Trail for just that. There was talk earlier about the likelihood of finding edible mushrooms, so we paid attention to both feathery activity above us and the forested terrain adjacent to the trail.

Just when you’d expect to see ’em, there they were: a literal forest of morels in a sunny spot of disturbed deadfall not far off the trail. Pocket knife out, we carefully harvested our bounty, taking care not to disturb the Mycelium from whence they originated. Alicia speculated we harvested nearly 2 pounds, and later that evening made short work of preparing the first of 3 meals we hadn’t planned for.

Of course it’s not the delicate morel that draws us into the forest. Our friend, Pepper Trail, sums it up nicely in his poem, Hunting Morels.

it is not me, exactly (I tell myself)
I have sharp enough eyes and in company
Have often spied the mushroom that other missed 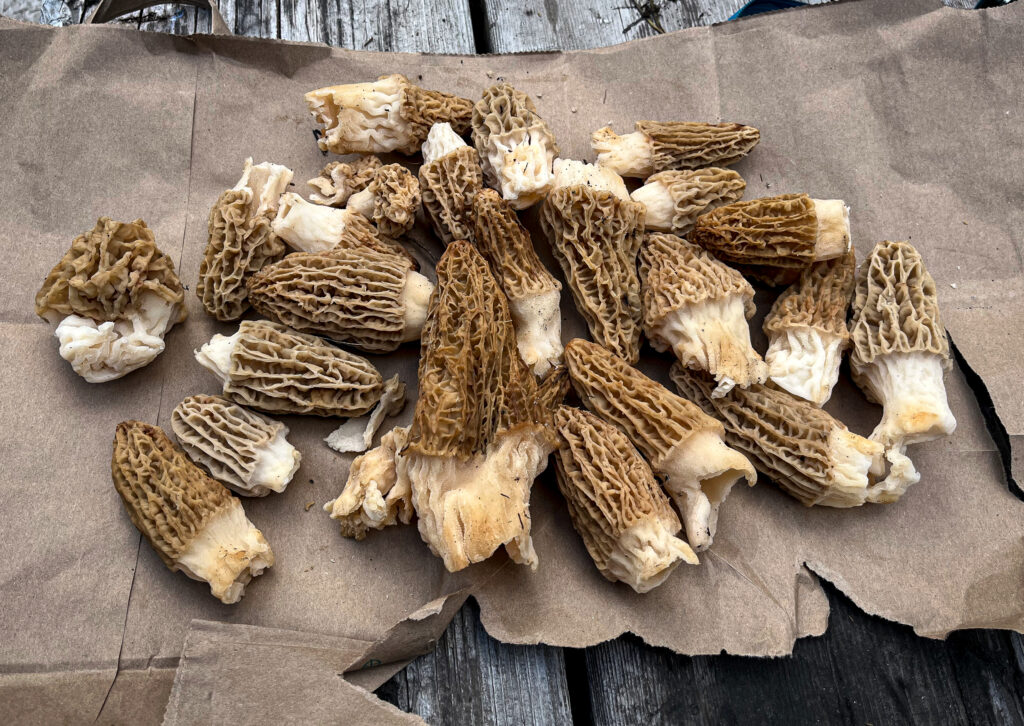 Mid-June next year we’ll hopefully be camping in the Bunker Hill campground at Lemolo Lake. I know one walk we’re taking first thing.