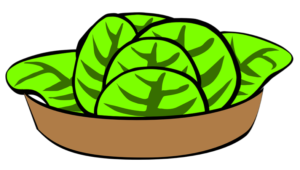 We were introduced to this fun team game while sailing in British Columbia’s Desolation Straits with friends. Jane came prepared for evenings spent moored in remote coves; this was a favorite.

Supplies
5-6 pencils/pens
A salad bowl to hold the pieces of paper
A timer (phones work great)
2″ strips of paper (every player gets 3). The strips of paper must be big enough to write a few words on ’em and folded just once.

Preparation
The group is divided into two equal teams. The members of each team are then sorted alphabetically according to their first name (this will determine who goes first, second, etc. throughout the game). Every player will take 3 strips of paper and write a single word or brief phrase associated with a pre-determined theme for that particular game (e.g. Oregon Outdoors, winter, etc.). Players will be guessing the words/phrases, so stick to those well known and not too difficult to keep it fun. Each player then folds their pieces of paper in half and places them into the salad bowl. After all of the pieces of paper are collected, the papers are mixed up and the game begins.

Round 1: The TABOO Round
The goal of this round is to guess as many words or phrases as possible within 1 minute. Teams take turns and it pays to listen to your opponents’ guesses.

Round 2: The PASSWORD Round
The password round is played in a similar way; each team has 1 minute to guess as many words as possible. The team that went second last time will get to go first this round. Team members continue to rotate as before.

The main difference is that the player reading the paper can only use ONE WORD to describe the word or phrase. So, assuming the word is “cheese” they may use a single word like “mouse” to describe it. This is where paying attention to the dialog in round 1 is especially helpful.

The teams continue to alternate with 1-minute rounds each until the bowl is empty. As before, teammates take turns being the “player.” The pieces of paper are tallied and again returned to the salad bowl.

Round 3: The CHARADES Round
The final round continues in the same way, with each team taking their 1-minute turns and gathering as many pieces of paper as before.

The main difference here is that the player with the paper CANNOT SPEAK. They must use only physical gestures to communicate the word on the paper. For “cheese” they might pretend to be holding and nibbling a piece of cheese like a mouse.

At the end of the round, the scores are tallied up once more. The team that has the most points from all three rounds is the winner and gets to tidy up.

Note: There are some versions where an additional round is added where the player performs the charades round covered by a sheet. I suppose someone will come up with yet another round where teammates are blindfolded. For now, we’ll keep it simple.